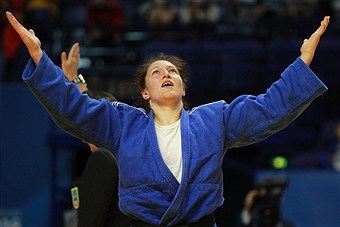 Nigel, Donohue, British Judo Performance Director commented: ‘This is the first time in my years as Performance Director that we have been in a position to select such as large team at the first stage of selection. What this means for the athletes is they can now focus solely on their individual preparation for the World Championships in the knowledge that they have been selected. The selected athletes have enjoyed a great start to the year with medals at Grand Slam and Grand Prix level, and we hope that this will continue at the upcoming European Games in Minsk ahead of Tokyo.”

The World Championships will provide valuable experience as both Powell and the British Judo team prepare for next year’s Tokyo 2020 Olympic Games.

Today is #MindfulMonday, a day to celebrate the be

Our Performance Pathway judoka have taken the @ukc

“Behind every fearless player is a fearless coac

Happy @ukcoaching Week! A time to celebrate all

🥳 Join us in wishing a big Penblwydd Hapus to Y

👏 Coaches have been heroes to keep us active, c

ℹ️ A rise in COVID cases in local authority areas of Wales over recent weeks has lead to a ... number of ‘local lockdowns’. More information on what this means for judo in Wales here ➡️ http://ow.ly/1yva30rbGUE

Please continue to follow @WelshGovernment guidance for your local area.

The 📸 shots of Evie with her hero @BBCCountryfile presenter @AdamHenson ... 🥋🇬🇧🏴󠁧󠁢󠁷󠁬󠁳󠁿🐕‍🦺
You can watch & listen to the interview on the @guidedogs YouTube channel. 👍🏻

🤩 Have you entered the @kokakids Signed Book Giveway? Each judo book will be signed by the ... author, Olympic silver medallist and judo World Champ Nik Fairbrother. What a fantastic prize for any judoka, who wants to improve their judo skills. Enter here ➡️ http://ow.ly/TX1550BxQal

🤔 Did you know clubs coaches and officers can grade club members directly onto the Welsh Judo ... database? You do now! Tick one thing off that To Do list ahead of the weekend... http://ow.ly/wpIP50BwDPv