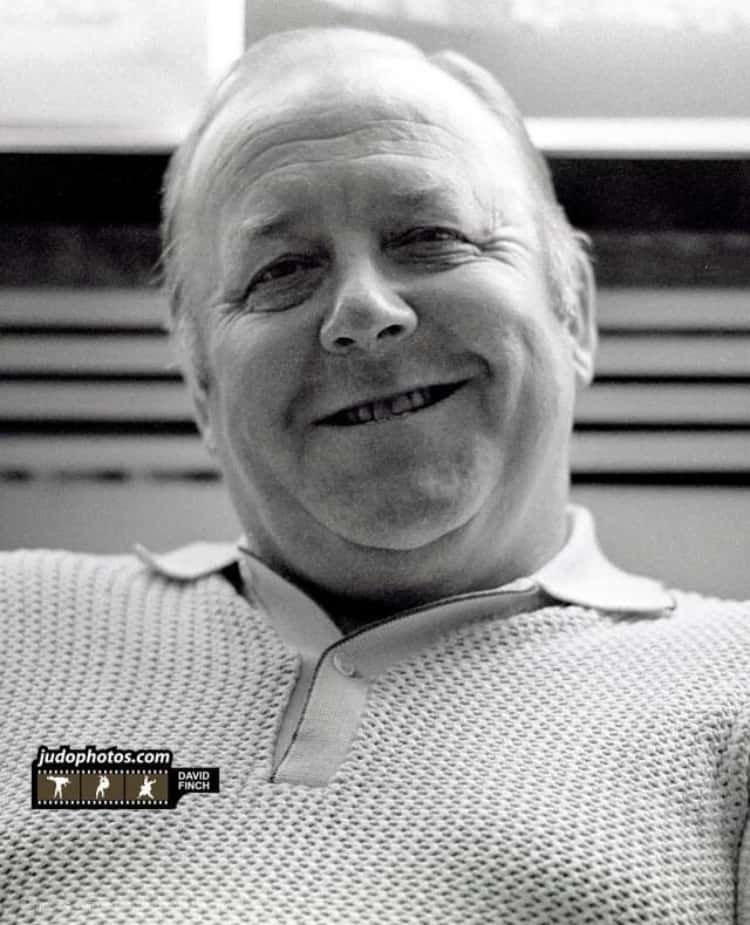 Welsh Judo is saddened to hear of the passing of the Founder and President of the Welsh Judo Association, Alan Petherbridge MBE.

Alan founded the Welsh Judo Association and became both the Welsh and British National Coach. In 1977, he received an MBE for his services to Judo in the Queen’s Silver Jubilee honours list. He became the World Combat Association Head of Budo and was a 10th Dan Budo and 9th Dan Judo.

He launched his incredible Judo career while serving with the British Army at Spandau Barracks in 1945, joining the Swansea Judo Society in 1949, as well as the famous Budokwai in London the following year. In 1953 Alan represented Wales in the Home Internationals and became the first Judo player in Wales to achieve a 1st Dan.

At the 1961 British Championships he represented the British team that went to the to win in Paris. It was here at the same event where he represented Europe in the Intercontinental World Championships, where Europe won Gold.  Alan was the British captain in numerous internationals during this period, and these accolades certainly amounted as he went on to secure four European Championship gold medals, two silvers and one bronze.

The 1964 Tokyo Olympics saw Alan not only become the first Welsh judoka to become an Olympian, but he led the British team into the Games.  Two years later it was injury that forced him was forced to retire. Retirement didn’t mean slowing down, as he was appointed the first official British Judo Team Manager in 1966, and Chairman of the Technical Board of the British Judo Association (BJA). He was also Britain’s representative to the European Judo Union (EJU).

Alan was inducted in to The Welsh Sports Hall of Fame in 2010 for his exceptional achievements over the course of his Judo career.

Not only will Alan be sorely missed here in Wales by our Welsh Judo community, but throughout the globe. Our thoughts are with Alan’s family and loved ones at this difficult time.

🙌 Kicking off a great week after the first Perf

🎉 Today we move to the AMBER phase of our Retur

REUNITED AND IT FEELS SO GOOD 🥳 Last night our

What does the latest Welsh Government announcement

Following the announcement made by Welsh Governmen

Want to return to your judo community while ensuring people maintain their 2 metre distance? The ... Distance Aware initiative has been established to help those feeling more vulnerable to benefit both mental and physical health.

"Our judoka were so determined to help...They delivered a strong #JudoforPeace message, standing ... side by side with their affected brothers and sisters from #Beirut,” said Lebanon Judo President Saade.

❓Club or organisation applying to the #BeActiveWales Fund? The Essential Requirements Checklist ... will help to answer any questions you may have on what the fund will support and the application process ➡️ http://ow.ly/ufux50AXoKh

🥋 Gyms, swimming pools, indoor fitness studios and indoor leisure centres were able to re-open ... from Monday 10th August allowing us to move in to the AMBER phase of our Return To Judo framework. What does this mean for judo in Wales?