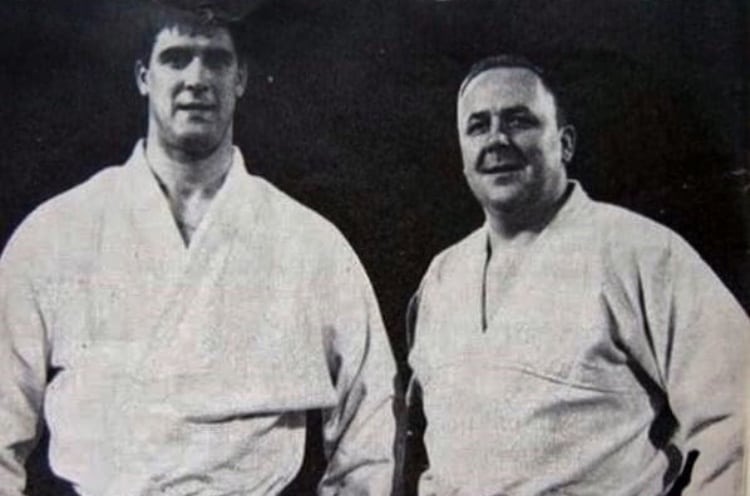 In what has been a challenging year for us all, we wish to welcome a brighter 2021 by paying tribute to Founder of the Welsh Judo Association, Alan Petherbridge MBE, who sadly passed away earlier this year.

Alan Petherbridge launched his implausible career in Judo / Jujitsu while serving with the British Army at Spandau Barracks in 1945. He joined Swansea Judo Society in 1949, as well as the famous Budokwai in London in 1950. After representing Wales in the 1953 Home Internationals he became the first Judo player in Wales to achieve a 1st Dan. Success continued for Alan, as he went on to secure four European Championship gold medals, two silvers and one bronze, along with captaining the British Team at numerous internationals during this period.

He led the British team into the 1964 Tokyo Olympics, but was forced to retire through injury two years later. In 1966, he was appointed the first official British Judo Team Manager, and Chairman of the Technical Board of the British Judo Association (BJA). He was also Britain’s representative to the European Judo Union (EJU). Within the BJA Alan was appointed the Senior Examiner’s Examiner and the Senior Coaching Awards Examiner’s Examiner.

The legacy Alan Petherbridge MBE has graced us with continues to live on throughout our Welsh Judo community.

🇨🇿 Barratt Czechs back into action at the Eu

Preparation is key to ensuring a safe return to ju

We are pleased to launch our latest online video kata event, focusing on Ju-no-kata. With categories... for children, adults, people new to this kata, & experts

🏴󠁧󠁢󠁷󠁬󠁳󠁿 Commonwealth Day is just a few days away, and we’re looking forward ... to celebrating with @TeamWales in the lead up to @birminghamcg22, where #judo is now as a core sport! Sign up here to make sure you never miss an update ➡️ http://ow.ly/1VyL30rzsAI

#ThrowbackThursday to when Zac celebrated #WorldBookDay in the best way. 👍🏻
Wearing his Gi to... school as the character from the book Judo Boy.🥋📖
#TeamImperial #JudoBooks #AlwaysLearning