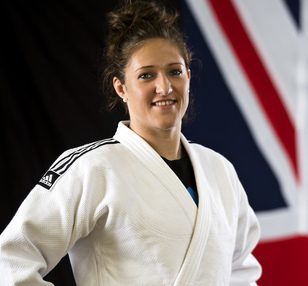 Team GB have announced the judo team that will be competing at Tokyo 2020. Confirmation of the selection means Natalie Powell will make her second Olympic Games – becoming a double Olympian as she takes to the mat on Thursday 29th July.

The Tokyo 2020 Olympic Games will feature a record 33 competitions and 339 events held across 42 competition venues. Judo was introduced as an Olympic sport for men at the Tokyo 1964 Games. The event took place at the Nippon Budokan, and Tokyo 2020 will see judo return to the same venue. The women’s events were added to the Olympic programme at Barcelona 1992.

Powell became the first Welsh judoka to compete at an Olympic Games at Rio 2016, where she reached the quarter-final before being beaten by eventual silver medallist Audrey Tcheumeo of France.

A year later Powell became the first female British judoka to be ranked a world No.1, a feat she accomplished by winning a gold medal at the Abu Dhabi judo Grand Slam 2017. Powell’s successes that have followed over the past few years mean there’s no doubt she will be gunning to beat her previous finish in Rio, where she placed seventh.

Coverage is available via both BBC Sport and Eurosport. Full judo schedule can be found here here.

While Welsh Judo community can’t be there in Tokyo, ‘Team Nat’ t-shirts are available to purchase to show your support for Nat on 29th July.  ‘Team Nat’ T-shirts can be purchased here.

Pob lwc Nat – the cheers will be loud in Cymru!